In 2019 the car was changed from a Toyota Auris to a Toyota Corolla, continuing with Hybrid Synergie Drive (Toyota tm) propulsion. As with the Auris, the Hybrid power train enables the Corolla to drive solely in electric mode, up to around 60 mph, seamlessly reverting to combined engine & electric power as the system requires. The Corolla is equipped with a 1.8litre VVT-i petrol engine driven through an e-CVT transmission.

Background information – Toyota has been developing Hybrid propulsion for around 40 years, in full production for over 20 years. There are over 8 million Toyota hybrids on the road today. Toyota build the Corollas in Great Britain. Driving a hybrid is extremely quiet, and generally less stressful. Hybrid technology has evolved into motorsport, which suggests it is here to stay. 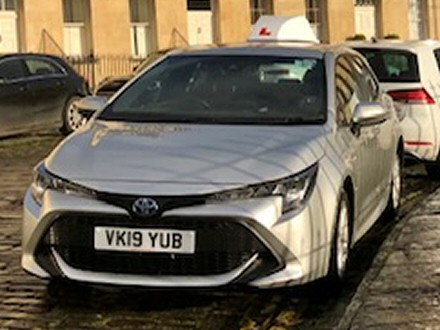